To the east of Chiang Mai is another city called Chiang Rai who’s main claim to fame is the beautiful White Temple, Wat Rong Khun. As I’ve no plans to be back in the north of Thailand any time soon, now seemed like a great time for me to visit.

After asking around, the only place to buy a bus ticket from Chiang Mai to Chiang Rai is the bus station to the east of the old city, apparently there is a shop in the centre but I couldn’t find it. It’s easy to get to buy songthaew or tuk-tuk.

When you get to the bus station, inside and on the left is the Green Bus kiosk where you can buy your ticket. Head up to the front and on the right hand side is a little box on the wall where you can press a button to grab a ticket to get in line to er .. buy your ticket. I had about 15 people ahead of me in the queue but it took less than 5 minutes to clear! Make sure to buy your ticket at least a day in advance as the buses fill up super quick.

I bought a ticket for the VIP bus on the way to Chiang Rai, but the return VIP buses were already full so had to get a normal ‘First Class’ bus. The VIP bus was 288 Baht I think and the First Class was 185, so all in about £9 for a return ticket. The difference between the two buses is night and day though, the VIP bus was one of the most comfortable rides I’ve ever had, including my premium economy BA flight! The First Class was similar to a standard coach. Both buses had toilets on board and air conditioning. The trip, each way, was roughly 3 hours long and really enjoyable.

Wat Rong Khun, also known as The White Temple, is an art-exhibit in the style of a Buddhist temple that was opened in 1997. It’s free to enter, but a complete tourist trap, with the surrounding shopping area much larger than the temple itself. You can get a bus from the main Chiang Rai bus stop to the White Temple for 20 Baht (40 pence).

The White Temple is still being built and isn’t likely to be finished until 2070 but the centre piece is finished and looks amazing. There’s a little bit of earthquake damage to one of the buildings that still needs to be repaired but that doesn’t take away from the splendour of the area. 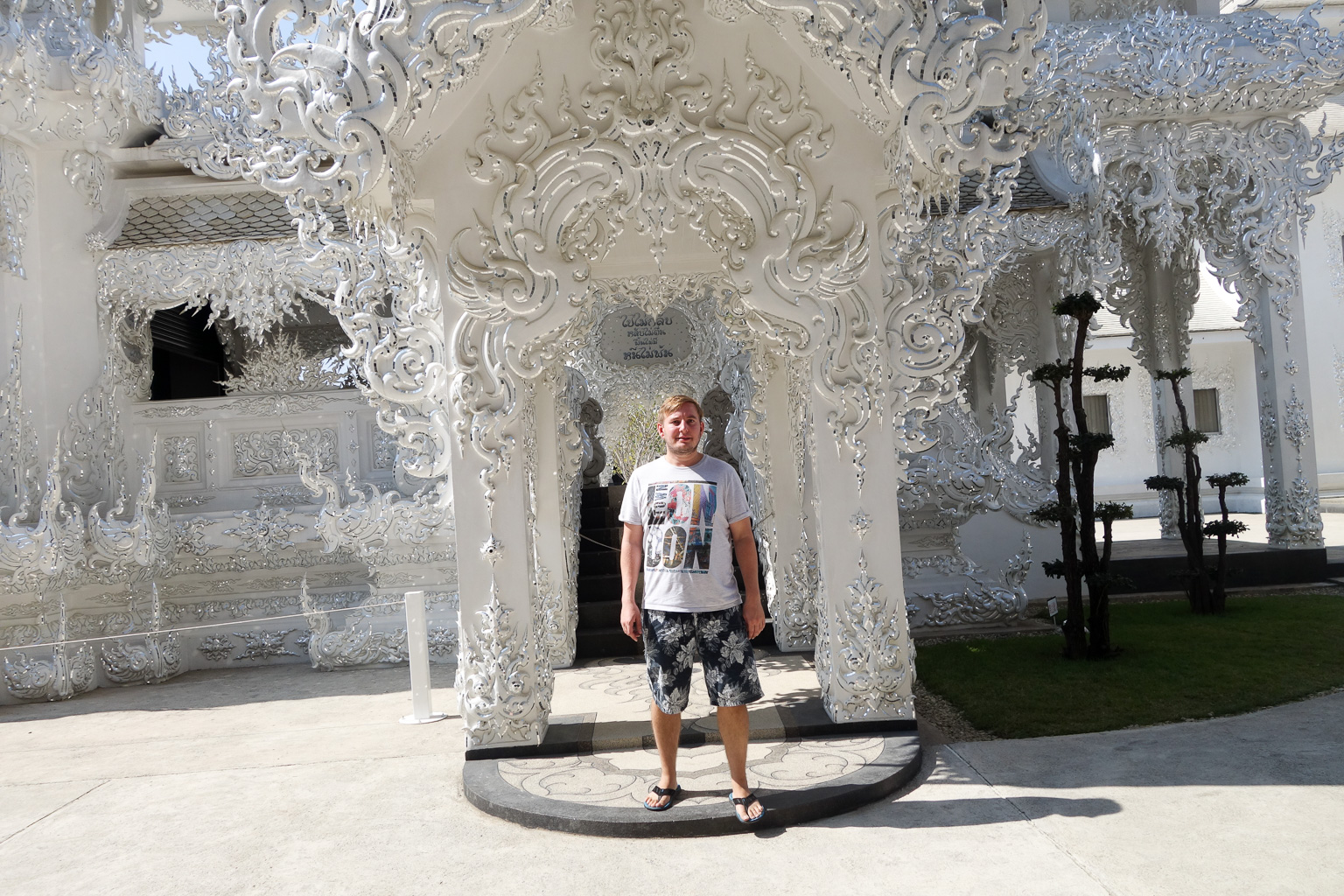