Yesterday was Muay Thai lesson number 2, I managed to get through 90 minutes of it and it was totally awesome. We started off with running then drills again. I’ve found hanging at the back of the class is the best place as whilst doing the drills you have more access to the trainers so I had a lot of my technique fixed. After the drills we then did some partner ‘sparring’, or at least practising stand up grappling techniques, which was pretty cool. The guy I was training with had Judo experience so despite the disability of the gloves we managed to pretty much get the hang of what was going on.

After the grappling I was exhausted but we’d only just passed the 60 minute mark and I didn’t want to flake out that early. I wasn’t sure exactly what happened next as I was dyeing, but everyone lined up around the punching bag and a couple of us with out the bags got assigned a trainer with some focus mits. I’ve no idea what the guys on the bags were doing (well I have an idea …) but for the next however long I did rounds with one of the trainers on the mits. Jabs, hooks, elbows, right kick, left kick, right knee, left knee, front kick.. they were all going well. Block however wasn’t 😀 Every time the trainer yelled block he followed it with a kick to either my right or left, which I was too block. The majority of the time the kicks just went straight through and I didn’t block correctly (with my leg) at all, very occasionally I’d react and lift my leg up to block, but on the wrong side, and once or twice I blocked using my hand on the right side (which would have been pretty much useless). As such I can contend that if put in the ring with some pads, I will win, as long as they don’t hit back.

After dinner I noticed there was an itchy patch on my leg. I’d done everything as recommended, i.e. bath in Dettol 24/7 but applied some random antibiotic/antifungal cream I bought with me anyway then forgot about it. This morning it’s a nice big red circle and a lot itchier so I went to the local pharmacy, that’s on the same street, between Signature Phuket hotel and Tiger Muay Thai and pointed at it whilst saying fungus a lot. I’m pretty sure I was doing the staff their a disservice as everyone I’ve spoken to so far has an excellent grasp of English, but the lady behind the counter shouted Zalain a lot and then 220 Baht later I have some exciting fungal cream. Hopefully as I’ve caught it early, applying the cream the recommended twice a day will fix it quickly. 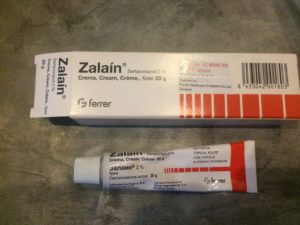 Today was going to be a rest day anyway as I’ve done 2 on, so not training due to the fungal infection wasn’t a big deal. Tomorrow on the way to train I’ll see if I can get some bandages/plasters or something to cover it as I obviously don’t want to spread it around. If I can’t, I’ll go for a run or something that doesn’t involve contact with other people or focus pads. Edit: Spoke to the staff, no training until it’s gone, they guestimate 2 days 🙁

I forgot to get one of my bank cards unlocked for international travel, so when I tried to make a purchase recently everything went FUBAR. Realising what the problem was, my stomach sank as the solution would mean phoning the bank, talking to someone, waiting for ages then hopefully getting a resolution. I had some Skype credit from 2 years ago left hanging around so placed the call. The quality was really good, comparable to a mobile phone and the 15 minute call cost around 50p which was reasonable.

Later I had to dial an American number to work out another issue, so I went with Skype again. Unfortunately the guy on the other end of the line sounded a bit garbled and he couldn’t make out a single word I said. I’d heard similar complaints about Skype from American Dropship Lifestyle members. In the end I went with the Grasshopper platform for making US calls, which uses an iPhone app.

Boom, we’re making more sales now using Anton’s Dropship Lifestyle technique, but also spending more on advertising. If nothing changes though that’s enough profit to cover the cost of living in Phuket, Thailand and more than enough for Chiang Mai. 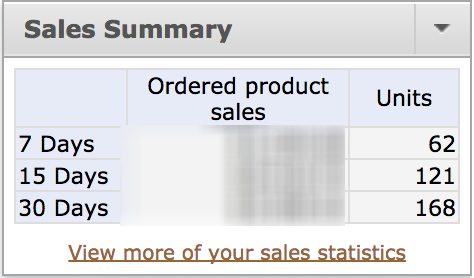 Our new Ebook should hopefully also launch soon, I’d like to say by Friday but maybe next Friday is more realistic. I’ll be quite happy when that’s out of the way as it’s soaked up a lot of time and resources for what is mostly a marketing exercise. When that’s done it’ll free up more time to really expand and get things going.